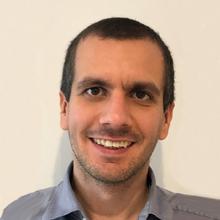 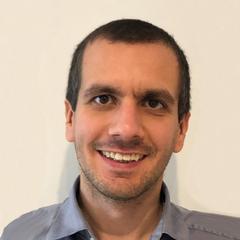 Dan ILEA is an Industry Process Consultant Senior Manager with Dassault Systèmes, working in the SIMULIA Electromagnetics group. He has received his Ph.D. in the design and optimization of electrical machines from the Ecole Centrale de Lille, France, in 2011. Dan has since worked in various positions as part of the applications team for the finite element electromagnetic software Opera FEA.

Dan is continuously working with technology customers and partners to create and enable new workflows responding to the need for integrated modeling and simulation processes.

The effects due to the electromagnetic forces and torques in an electrical generator are important considerations during the design stage of a wind turbine. The large diameters of such generators, coupled with the ever-smaller cross-section of airgap between the stationary and rotating parts of the generator, means that the interactions between the electromagnetic fields and the rest of the drivetrain need to be very well understood to avoid unexpected behaviors.

The harmonic content of these electromagnetic forces is the main cause of vibration and noise produced by the electrical generator. These forces, however, are further coupled with forces external to the generator, propagated through the drivetrain, leading to coupled effects, for which in-depth multi-physics simulation is required.

The Finite Element method is best suited for the simulation and characterization of these electric generators. However, accurate calculation of the electromagnetic forces can be challenging due to the derivations required in the magnetic field solution. The mesh topology and refinement will play a role in the precision with which these forces can be computed. Even so, the potential for numerical effects introduced by the mesh discretization can reduce the precision with which these forces are calculated.

In this presentation, we will look at the electromagnetic offering from SIMULIA and the specific capabilities that allow the accurate calculation of electromagnetic fields and forces inside electric generators. We will then look at the techniques we have implemented in order to remove the numerical effects due to the discretization when calculating electromagnetic forces for use in a multi-physics analysis.