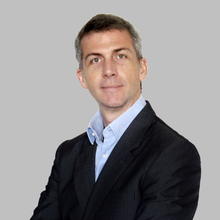 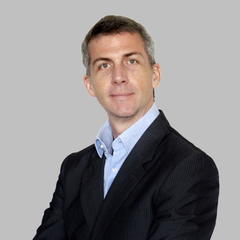 Fabrice SERVANT has been working in the Software industry for the last 20 years, embracing many different roles, from C++ developer to lab director. 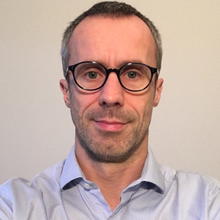 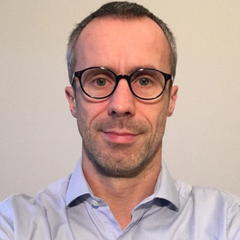 Guillaume LENOEL belongs to the Construction, Cities, and Territories Industry organization of Dassault Systèmes, a European multinational software company that develops 3D design, 3D digital mock-up, and product lifecycle management solutions. He is now responsible for the solutions for cities and territorial authorities.

Guillaume started his career in IBM in 1998 as a pre-sales for Dassault Systèmes solutions. He has been working closely with customers (various industries) to promote new solutions and new methodologies for product development processes.

In 2010 he joined Dassault Systèmes and then the 3DEXPERIENCity Lab, a new organization to develop and support new experiences for cities. After managing the creation of a new application portfolio, he joined the Construction, Cities and Territories Industry to develop a new solution named Inclusive Urban Future. In addition, he is managing a 3DEXPERIENCE platform project with Rennes Metropolis since 2014.

Guillaume holds French nationality. He has a Master's degree in Engineering from the Ecole Centrale de Marseille (France). 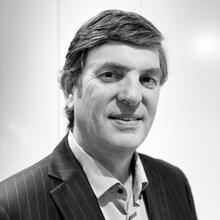 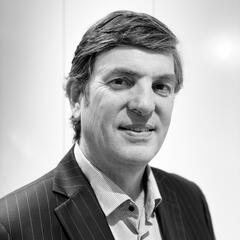 Nigel is an experienced Account Lead focused on outcome-based transformational engagements that deliver ongoing value in the Public Safety sector. 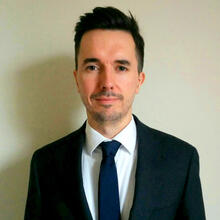 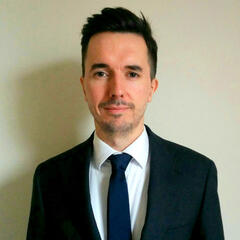 Kevin is a Senior Industry Consultant with extensive experience in Public Safety and Aviation. He is passionate about digital transformation, and the application of leading-edge technology to drive tangible business value and outcomes. 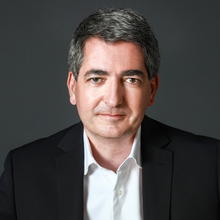 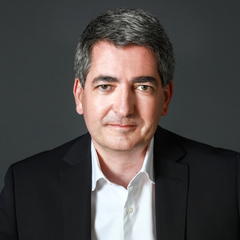 He is also senior deputy mayor of the city of Mulhouse whose mayor he has been from 2010 to 2017. Furthermore he is community advisor of Mulhouse Alsace Agglomération.

In his capacity as the representative of the Association of French Regions he was appointed by decree as member of the supervisory board of SNCF (from February 2018 to January 2020) and as board member of the National Agency for Urban Renewal (ANRU).

In addition, he has been chairing the National Federation of Urban Planning Agencies since September 2014 and chairs also the Greater Region Summit (Wallonia and Federation Wallonia-Brussels – Lorraine – Saarland - Rhineland-Palatinate - German - speaking Community of Belgium - Grand Duchy of Luxembourg).

Jean ROTTNER was born in 1967. As a medical doctor he has been a hospital practitioner in emergency medicine at the Mulhouse hospital complex (1997-2005) before becoming head of it’s Centre for Emergency Medicine from 2005 to 2009.

Already appointed Knight of the National Order of Merit of the Republic of France since 2011, he was raised to the rank of a Knight of the Légion d’Honneur at the promotion on July 14th, 2018. 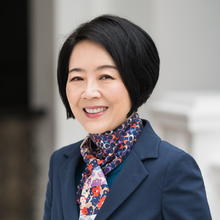 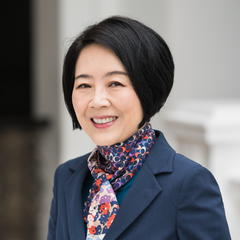 In 2009, Jean WEE was appointed the first director of the Preservation of Sites and Monuments (PSM). She had previously been Assistant Director at the Singapore Art Museum in charge of education and outreach as well as curator for Indian Art. She has curated several art exhibitions merging art with other disciplines. From November 2007 – 2008 , she was curator of National University’s conservation property, the Baba House and supervised its conservation as well as established its opening programming.

PSM’s key function is to research and identify for preservation, structures of significance for recommendation to the government. She has been involved in shaping preservation policy as well as defining and driving the role of the PSM to ensure that Singapore’s built architectural heritage is protected and restored. This included policies regarding restoration and maintenance funding for stakeholders, as well as other processes that support preservation efforts.

Apart from her core work, she has served for six years as a jury member of  the Urban Redevelopment Authority’s Architectural Heritage Awards, as well as served on design competition selection panels. She was also a governing Board member of SEAMEO- Project in Archaeology in Fine Arts (SPAFA) from 2013-2020. She has edited and authored publications – Decoration & Symbolism in Chinese Architecture (2013) and Connections: History and Architecture, City Hall and Supreme Court (2016), supervising an in-house technical guide for monument owners. She continues to curate travelling as well as permanent exhibitions relating to National Monuments in Singapore (The Istana Heritage Gallery, heritage corners at the Victoria Theatre and Concert Hall, Raffles Hotel). In March 2021, she curated the “200 years of Medicine in Singapore” at the Bowyer Block, Singapore General Hospital’s Museum. She has a Bachelor of Arts from the National University of Singapore, having majored in double English and Anthropology. She is also trained in classical pianoforte and enjoys ceramics and sculpture. 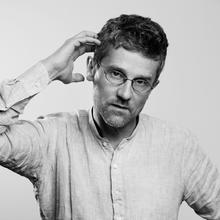 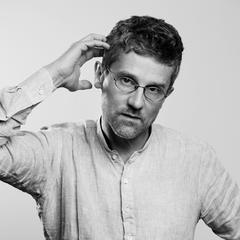 An architect and engineer by training, Professor Carlo RATTI teaches at the Massachusetts Institute of Technology (MIT), where he directs the Senseable City Lab, and is a founding partner of the international design and innovation office Carlo Ratti Associati. He graduated from the Politecnico di Torino and the École Nationale des Ponts et Chaussées in Paris, and later earned his MPhil and PhD at the University of Cambridge, UK.

A leading voice in the debate on new technologies’ impact on urban life and design, Carlo has co-authored over 500 publications, including “The City of Tomorrow” (Yale University Press, with Matthew Claudel), and holds several technical patents. His articles and interviews have appeared on international media including The New York Times, The Wall Street Journal, The Washington Post, Financial Times, Scientific American, BBC, Project Syndicate, Corriere della Sera, Il Sole 24 Ore, Domus. His work has been exhibited worldwide at venues such as the Venice Biennale, the Design Museum Barcelona, the Science Museum in London, MAXXI in Rome, and MoMA in New York City.

Carlo has been featured in Esquire Magazine’s ‘Best & Brightest’ list and in Thames & Hudson’s selection of ‘60 innovators’ shaping our creative future. Blueprint Magazine included him as one of the ‘25 People Who Will Change the World of Design’, Forbes listed him as one of the ‘Names You Need To Know’ and Fast Company named him as one of the ’50 Most Influen-tial Designers in America’. He was also featured in Wired Magazine’s ‘Smart List: 50 people who will change the world’. Three of his projects – the Digital Water Pavilion, the Copenhagen Wheel and Scribit – have been included by TIME Magazine in the list of the ‘Best Inventions of the Year’.

Carlo has been a presenter at TED (in 2011 and 2015), program director at the Strelka Institute for Media, Architecture and Design in Moscow, curator of the BMW Guggenheim Pavilion in Berlin, and was named Inaugural Innovator in Residence by the Queensland Government. He was the curator of the Future Food District pavilion for the 2015 World Expo in Milan and chief curator of the "Eyes of the City" section at the 2019 UABB Biennale of Architecture and Urbanism of Shenzhen. He is currently serving as cochair of the World Economic Forum’s Global Future Council on Cities and Urbanization. 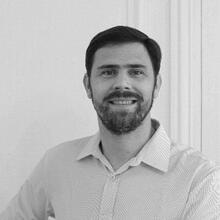 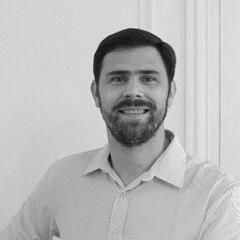 Our desire today is to go beyond BIM and think about the digital twin of construction to participate in the transformation of the industry, both digitally and environmentally.

With 15 years of experience in Dassault Systèmes, Remi has been committed throughout his career to his passion of deep interest in Geosciences, Architecture Engineering and Construction (AEC) sciences and technology. Working in close collaboration with industry, research institutions, and governments he focused on leading business transformation in Aerospace, Naval, Industrial Equipment and CCT industries in both mature and emerging markets with 7 years in France and 8 years in Asia.

A graduate in 2006 of Master of Science in aerospace system engineering, ESTACA (Ecole Supérieure des Techniques Aéronautiques et de Construction Automobile) a five-year program in Aeronautical, Aerospace, Automobile and Railway Engineering and a BSc in 1999 of Aerospace  and System Engineering , originally from Paris, Remi has developed his leadership and management skills with Multinational Corporation  clients such as Bouygues Construction ,  CRDC , SMEDI and CHIDI. He currently leads the cities construction and territory industry.

Native French, Remi is fluent in English, German and conversational in Mandarin. Its openness to the international market made him agile, with capabilities to adapt to different cultures and to think out of the box. 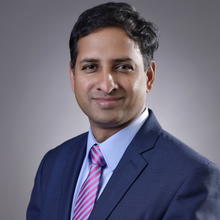 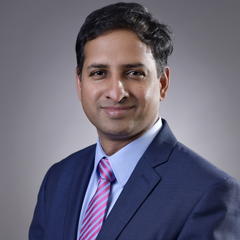 Mr. VILLUPURAM holds the responsibility of leading Digital Services & Products for Arup in East Asia. It involves creating new Software as a Service, creating strategies for digital solutions & products apart from advising our clients on becoming a data-driven business.

He has over 20 years of experience in the design and implementation of transformational smart operational solutions leveraging the Internet of Things (IoT) and data analytics across various domains viz. construction, public security, gaming, property, supply chain/logistics, etc. He has managed several landmark projects in Hong Kong and gained extensive multidisciplinary experience in a bid to strategic delivery. His pro-bono work includes the board of director position at the Hong Kong Internet of Things Alliance and serving Project Management Institute (Hong Kong Chapter Board).

Mr. VILLUPURAM holds an MBA (HKUST) with a bachelor’s in Electrical & Electronics Engineering. He is a professionally qualified CPIT (Project Director), PMP, CISA & CISM. He completed the executive course from MIT on Innovation & Leadership in 2019 & has been awarded CXO of the year under the “Value Creation” category in the program hosted by INSEAD & judged by IDC, HPE & Intel. 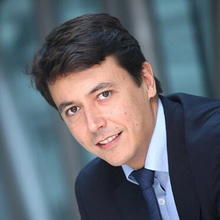 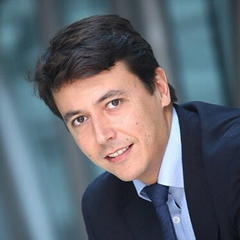 Jacques BELTRAN started his career as a research fellow at the French Institute of International Relations (IFRI), focusing on European security and transatlantic relations. In 2003, he joined EADS-AIRBUS as senior manager in charge of international development. In 2005, he was appointed diplomatic advisor to the French Minister of Transport and Infrastructure, D. Perben. From 2007 to 2016 he worked for ALSTOM in the energy and rail transportation sector, in different capacities: VP public affairs, Senior VP Asia-Pacific, Senior VP Europe-CIS and finally Head of sales & marketing for Alstom Transport in France.

Back to the public sector in 2016, he joined the Council of Paris Region, as deputy director general, in charge of European affairs, international cooperation and tourism; and special advisor to the President of Paris Region.

He joined Dassault Systèmes in September 2019 as Vice President, Public Sector in charge of developing the company’s business in the public sector worldwide.

He studied at Sciences Po Paris, at the military academy of Saint-Cyr and at INSEAD (advanced management program). He is a member of the young global leaders program of the World Economic Forum.