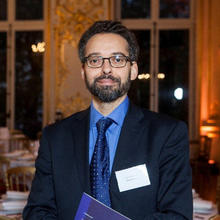 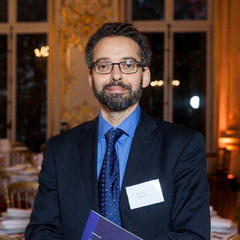 Patrick JOHNSON is SrVP Corporate Science & Research at Dassault Systèmes. His mission is to define the scientific bases of the company’s solutions and invent disruptive technologies for the Industry Renaissance.

After joining in 1996, he held various positions in R&D, from Product Lifecycle Management foundations to product design for the CATIA flagship brand. In 2001, leading the Artificial Intelligence department, he contributed to important new practices now adopted in the industry for knowledge & know-how capture and automation.

Head of Research in 2004, he initiated many strategic technologies, resulting in key innovative products and patents and significantly grew the innovation ecosystem promoting multiple public/private partnerships with prestigious research institutes.

Finally, he launched a new diversification field for the company, with the BioIntelligence European research program, resulting in an innovative modeling, simulation and big data application suite for the life sciences sector, and the creation of the BIOVIA brand.

Mr. Johnson is based at 3DS world headquarters near Paris and is a member of the National Academy of Technology as well as of the scientific board of INRIA. 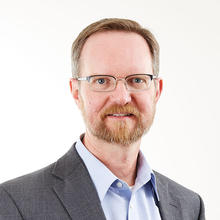 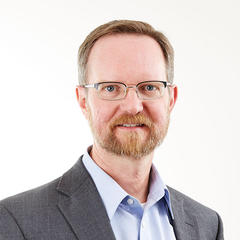 David leads Amcor’s global sustainability agenda. He works closely with the global packaging company’s research-and-development and innovation functions to integrate sustainable design and social responsibility into Amcor’s product development and innovation processes. He is active in Amcor’s global sustainability partnerships with the Ellen MacArthur Foundation, Ocean Conservancy, and others. He leads the company’s program to achieve its Global Commitment to develop all of its packaging to be recyclable or reusable by 2025, to increase the use of recycled content, and collaborate to drive up rates of recycling around the world. 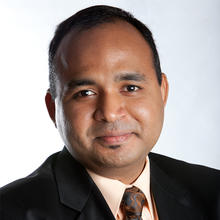 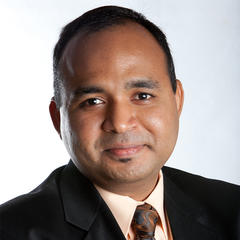 Guru Madhavan is the Norman R. Augustine Senior Scholar and Senior Director of Programs of the National Academy of Engineering where he leads and oversees activities of broad scope and complexity focused on engineering practice, education, research, communication, and policies. His portfolio of work at the National Academies of Sciences, Engineering, and Medicine has included leading the analyses for making prescription medicines affordable and developing a national strategy for cancer control in the U.S., directing a global health forum on infectious diseases, and conducting the research, design, and development of a systems analysis platform for prioritizing new vaccines and related interventions.

A systems engineer by background, he received his M.S. and Ph.D. in biomedical engineering and an M.B.A. from the State University of New York. He has served as a technical adviser to the U.S. Department of Health and Human Services, has worked in the medical device industry as a research scientist developing cardiac surgical catheters for ablation therapy, and has been a strategic consultant for technology startup firms and nonprofit organizations. He has served as a vice-president of IEEE-USA and was a founding member of the Global Young Academy. Among numerous honors, he has received the National Academies’ Innovator Award, National Academy of Medicine’s Cecil Medal, AAMI–Becton Dickinson Award for Professional Achievement, Washington Academy of Sciences’ Krupsaw Award for engineering sciences and education, and has been named a distinguished young scientist by the World Economic Forum.

His publications include the nonfiction "Applied Minds: How Engineers Think" (W.W. Norton) that has been translated into many languages. For his books and lectures, he has received the IEEE-USA Award for Distinguished Literary Contributions Furthering Public Understanding and the Advancement of the Engineering Profession. He is an elected fellow of the American Association for the Advancement of Science and the American Institute for Medical and Biological Engineering. 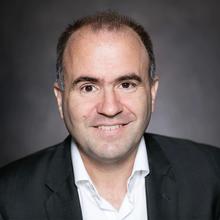 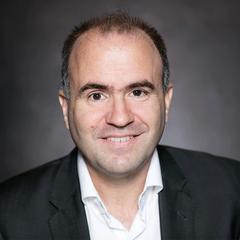 Sébastien Flichy has over 20 years of experience in managing and developing activities in large industrial groups. In the last 13 years, he has worked for Veolia in different regional and national roles across France. His current focus is on the development of new solutions to help Veolia customers to reduce their environmental impact. Those solutions vary from eco-design services to the development of carbon-free solutions for industry. 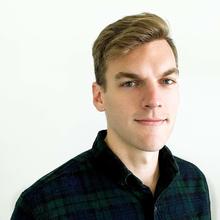 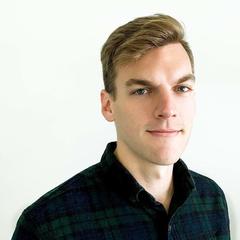 Raymond Russell is Head of Sustainability and Environment at Boom Supersonic.  He manages Boom’s sustainability partnerships and ensures that Boom incorporates environmental considerations into all key decisions, from corporate practices to the design of Overture, Boom’s flagship commercial airliner.  Raymond is a member of the International Civil Aviation Organization technical working groups on noise and emissions, helping evaluate potential new aviation environmental standards.  Raymond was previously at Google Policy Fellow and holds degrees in physics and economics from the University of Washington. 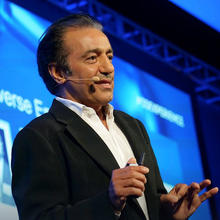 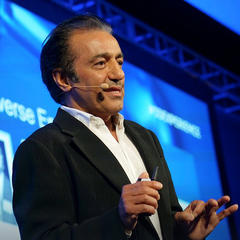 Reza leads the portfolio strategy group for the BIOVIA brand at Dassault Systèmes. BIOVIA builds and delivers solutions to accelerate materials & formulation innovation for a number of industries including life sciences, pharma, and aerospace, and defense. Prior to joining DS as CTO of MSC Software, he was responsible for the entire product portfolio, product management, and the company's development organization.

Reza has over 15 years of teaching graduate-level courses in applied mechanics and engineering. He has served on a number of advisory boards and councils, among them US DOE and The Council for Competitiveness.