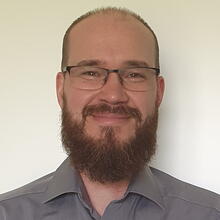 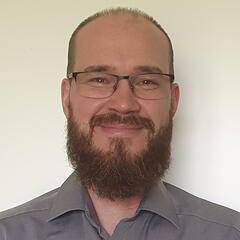 Axel holds a Diploma in Applied Mathematics at the Friedrich-Alexander University of Erlangen-Nürnberg. He had joined the Simpack team in 2005 as a Project Engineer in the area of real-time simulations and powertrain applications.

In the following years, Axel took over responsibility for project-, account- and product management in the area of powertrain dynamics.

After the acquisition of Simpack AG by Dassault Systemes in 2016, Axel became part of the Simpack RnD team and is now responsible for the Simpack product management. This includes product management for the standalone Simpack software as well as integrating Simpack technology into the 3DEXPERIENCE platform through Power’By or native platform apps.

The 3DEXPERIENCE platform enables completely new workflows regarding data management as well as design integration.
To make use of the capabilities the platform offers, the Simpack standalone MBS tool is connected to 3DEXPERIENCE for data re-use. This presentation will show the status and latest enhancements to the 3DEXPERIENCE Connector for Simpack.
Additionally, a completely new motion app suite is being developed to accommodate designer as well as expert workflows fully integrated into 3DEXPERIENCE. The presentation will highlight the current status and the latest enhancements on the integrated motion solution. 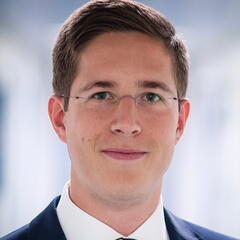 Gerwin PASCH, M.Sc., has been leading the Noise Vibration Harshness (NVH) group in the department of "Systems Engineering — Modelling and Simulation" at the Institute for Maschine Elements and Systems Engineering (MSE) since September 2019. In 2016, he began working as a research scientist at the MSE.
As part of his research, he develops methods and models for analyzing, optimizing, and evaluating noise vibration harshness behavior, NVH for short, of drive trains and vehicles. The research includes calculations using both elastic multi-body simulation and the finite element method and metrological investigations for configuration and validation of components, assemblies, and entire system models. Until 2016, Mr. Pasch studied Mechanical Engineering with a specialization in "Development and Design Engineering" at RWTH Aachen University.

The NVH behavior of vehicles is a key purchase criterion nowadays. In the novel and alternative drivetrain concepts, tonal excitation sources often pose a challenge in terms of NVH. Validated simulation methods are needed to evaluate the NVH behavior in the early phases of the product development process. This presentation presents a general methodology to describe the drivetrain excitations over the entire sound transmission chain up to the airborne sound at the driver's ear. As an example, the application of the methodology is shown for a tractor with the hydrostatic-mechanical power-split transmission. The application is characterized by tonal excitations from the hydrostatic piston units. The transient system behavior is calculated via using EMBS and a developed force element describing the hydrostatic excitations. In addition, for optimization and target-oriented analysis of EMBS system models, numerical transfer path analysis (NTPA) methods are presented. The application of NTPA for NVH optimization is demonstrated using the tractor example. Measurement results confirm the numerically determined optimization measures. 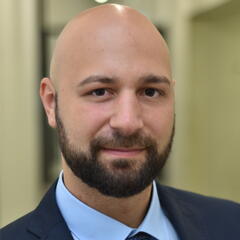 Martin CARDAUN studied Mechanical Engineering, focusing on power engineering, at the RWTH Aachen University from 2010 to 2016. In 2016 Martin switched to the master's program of Power Engineering,  specializing in regenerative energy technologies. Martin graduated in 2018 successfully with an M.Sc.

Therefore, accurate multi-body simulation models that consider nonlinear effects are needed. This presentation will present the workflow and usage of a new Simpack functionality for nonlinear model order reduction. With an exemplary rotor blade model, several tests will be done for both static and dynamic load cases as well as complete system simulations. It will be shown that nonlinear flexible bodies in Simpack agree with comparative calculations in finite elements software. 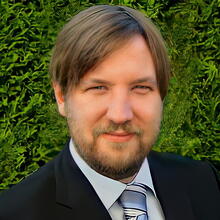 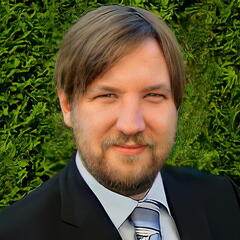 Stefan HAUPTMANN graduated from the University of Stuttgart in 2006 with a degree in Aerospace Engineering. During his diploma thesis, Stefan developed the coupling of the wind energy aerodynamics module AeroDyn to Simpack.

Afterward, Stefan did research for another six years at the University of Stuttgart in the field of aeroelasticity of wind turbines, also using the software Simpack. In 2013, he joined MesH Engineering GmbH, where he leads the Wind Energy department, solving tasks for various customers in structural dynamics, aerodynamics, and the aeroelasticity of wind turbines and their drive trains.

Title: A Simpack-Based Digital Twin of Wind Turbine Drivetrains and its Applications

Since the beginning of 2021, the e-Twins joint project, which is co-funded by the German government, has been researching the benefits of holistic digital twin technology for the energy system. The energy system is considered at different levels: Grid level, plant level, system level, and component level. For these studied levels, different approaches have been developed to digitally represent the corresponding physical assets in a series of scenarios. These digital twins can be based on analytical approaches or reduced-order models (ROM) using machine learning methods.
As part of the energy system at the component level, wind turbine drivetrains are also described as digital twins. In addition to the methods described above, multibody systems can also be used to develop such a digital twin. This can be used as a virtual sensor to provide insight into the internal state of the powertrain, but its use within model predictive control will also be discussed.
The presentation will cover the various ways to develop a digital twin, focusing on wind turbine drivetrains and the realized representation through a multibody system model. The digital twin will then be shown in a multi-level scenario that also includes a newly developed software platform for visualizing the current state of the power system. 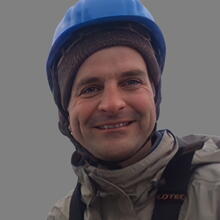 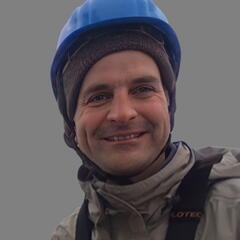 Steve has a Bachelor of Science in Mechanical Engineering, including work placements at GE and BMW, and a Master of Science in Design and Manufacturing.

Following the acquisition of the SIMPACK AG by Dassault Systèmes in 2014, he has continued his work with wind energy clients as the company’s SIMULIA IPS, Industry Process Expert – Wind Energy Executive, promoting not just Simpack but all Dassault Solutions.

Steve has been supporting the wind energy sector since 2004. 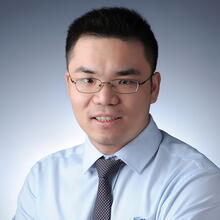 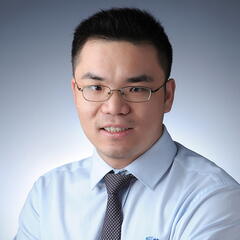 Firstly, based on the Concurrent platform and Simpack software, SiL and HiL real-time simulation systems are established, respectively. Then the two real-time systems are applied in wind turbine, including verification and optimization of hydraulic pitch control algorithm, the evaluation of start-stop performance, the test of the primary control-converter-pitch system, and validation of control algorithm.