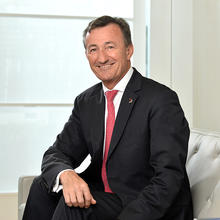 Charlès has helped instill a culture of ongoing innovation to further consolidate Dassault Systèmes’ scientific capabilities and make science part of the company’s DNA. He joined Dassault Systèmes in 1983 to develop new design technologies. In 1986 he founded a dedicated New Technologies, Research & Development, and Strategy department. In 1988 he was appointed president of Strategy, Research & Development, helping establish CATIA as the world’s number one product design software.

A firm believer that technology should contribute to progress in society, Charlès has positioned Dassault Systèmes as the preferred partner for innovation, empowering businesses with sustainable step-changes in competitive performance.

In 1989, he was part of the inspiration behind digital mock-up (DMU), allowing design engineers to produce full-blown 3D models of products. He had become member of the Board of Directors in 1993. And in 1995, he initiated the DMU of the Boeing 777, the world’s first all-digital designed aircraft. In 1996, Charlès orchestrated the flotation of Dassault Systèmes on the stock market, providing a strong and stable platform for growth, and became member of the Board of Directors.

In 1997, he expanded and strengthened Dassault Systèmes’ commercial footprint with the acquisition of SolidWorks to serve businesses large and small. The Company also resumed control of its entire distribution network in 2010, which had previously been in the hands of IBM.

In 1999, Charlès pioneered the concept of product lifecycle management (PLM), extending the concept of the digital mock-up (DMU) to the entire lifecycle of a product. To support the Company’s PLM strategy, he embarked on a series of key acquisitions and brand creation: ENOVIA in 1998, DELMIA in 2000 and SIMULIA in 2005.

In 2012, Charlès announced the launch of the 3DEXPERIENCE Platform, broadening the scope of digitization and simulation to include the consumer experience. Dassault Systèmes rounded out its portfolio with social innovation and information intelligence applications (3DSWYM, EXALEAD and NETVIBES), and at the same time ventured into more diversified sectors, notably with GEOVIA to model and simulate the planet we live on. He also provided the impetus for Dassault Systèmes to develop B2C applications such as 3DVIA and experiential 3D marketing projects (including Paris3D Saga and Khufu Reborn).

These strategic developments reflect Charlès’ firm belief that 3D universes open up new frontiers in innovation, and that imagining sustainable innovations capable of harmonizing product, nature and life is the only way that business, science and society can co-exist in the future.

Bernard Charlès holds the rank of Knight (2005) and Officer (2012) in the “Légion d’Honneur” (French Legion of Honor) and is a member of the French Academy of Technology. He is a graduate of the Ecole Normale Supérieure engineering school in Cachan and has a PhD in mechanical engineering majoring in automation engineering and information science. He also holds an agrégation — the most senior teaching qualification achievable in France (specializing in mechanical engineering).

Bernard Charlès was born and grew up in Brittany, France. He and his wife have five children. 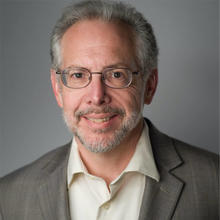 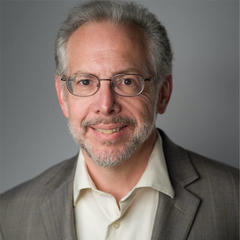 Jeffrey K. LIKER is Professor Emeritus, Industrial and Operations Engineering at The University of Michigan and President of Liker Lean Advisors, LLC. He is author of the best-selling book, The Toyota Way, Second Edition, and has coauthored nine other books about Toyota including The Toyota Way to Service Excellence, Designing the Future, and The Toyota Way to Lean Leadership.  A recent graphic novel with Eduardo Lander and Tom Root tells the story of lean transformation at a mail-order company:  Lean in a High-Variety Environment.  His articles and books have won thirteen Shingo Prizes for Research Excellence. He was inducted into the Association of Manufacturing Excellence Hall of Fame and the Shingo Academy. 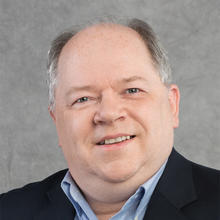 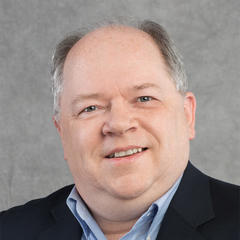 Kevin PROUTY is Group Vice President for IDC Energy and Manufacturing Insights. He is responsible for managing a group of analysts that provide research-based advisory and consulting services that will enable energy executives in oil and gas and utilities to maximize the business value of their technology investments and minimize technology risk through accurate planning. Kevin's research specialties are Utilities, Manufacturing, Enterprise Applications, and Product Innovation research.

Before joining IDC he was SVP of Research at Aberdeen Group. He also spent over five years as Sr. Director of Manufacturing and Energy Solutions at Motorola and was the resident expert on technology’s role in continuous improvement. Prior to Motorola, he was Research Director for Manufacturing and Automotive at AMR Research and Gartner, where he spent a cumulative six years. Leading up to his research role, Kevin spent over 15 years as both a user and system integrator of operations software. Twelve of those years was as a plant manager and project manager at a global manufacturer, managing a large workforce and business that produced tooling for automotive and industrial companies. He was responsible for all automation of the facility and energy plant, including integration of automated process and information systems into all aspects of the business. In addition, Kevin helped lead the re -engineering team that implemented ERP and shop floor systems throughout the company. Kevin also managed the building, start up, and initial operation of a plant in China from 1992 to 1993. 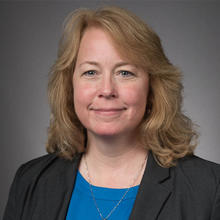 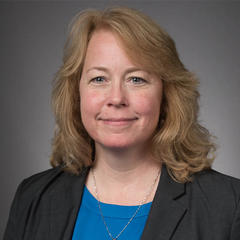 Elizabeth HOEGEMAN joined Cummins Inc., in 2000, where she has held senior leadership roles in manufacturing operation, engineering, and procurement. These include serving as Operations leader for Cummins’ Midrange Engine Plant; Plant Manager, Filtration; and Plant Manager, Fuel Systems. HOEGEMAN also served as the Global Manufacturing, Planning and Logistics Lead for Cummins Fuel Systems and is now the Exec. Director of Global Manufacturing Engineering.

Prior to joining Cummins HOEGEMAN held engineering and management roles at Amcast Automotive Technologies and also at Astronautics Corporation. 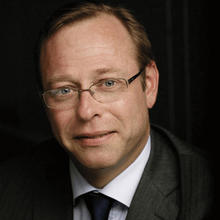 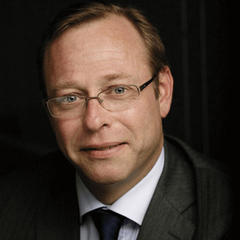 Graduated from the California Institute of Technology with a Ph. D. in Aeronautics (93), Guillaume started his career in Engineering and R&D in the Transport sector, from aerospace as R&D engineer in Composite material at Aerospatiale (94-98), to Advanced project Director at Valeo Electrical System (98-06) to various position in Engineering and R&D at Alstom Transport. In 2010, still in Alstom Transport, Guillaume entered the Manufacturing world as VP industrial In 2016, Guillaume joined DS to lead the DELMIA Brand, DS industrial solutions portfolio to continue supporting all industries in the digital revolution to come. 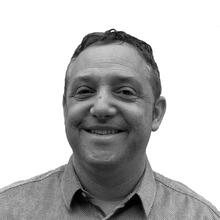 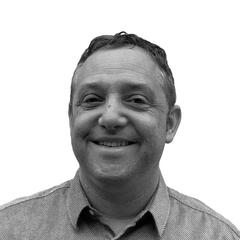 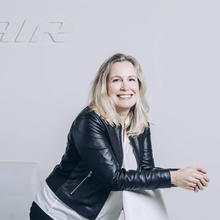 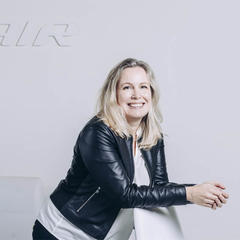 Anne LARILAHTI is VP Sustainability at Finnair since 2019. Her role consists of leading the company’s sustainability efforts on a broad range of topics from accessibility and diversity to climate and material management, contributing to the company’s strategy of sustainable, profitable growth.
LARILAHTI has been working in several leadership roles in strategy, sustainability, marketing, and business development, mostly in the ICT industry, but also with four years in sports and tourism. She is also the chairwoman of the board of Finnish Business and Society, Nordic’s largest sustainability network and a member of the board of Veikkaus, a government owned gaming company. She holds a MSc (econ) degree from the University of Tampere. 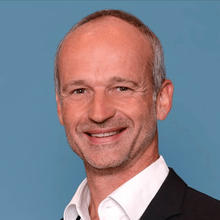 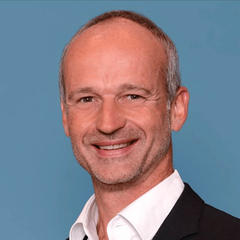 Stéphane DECLÉE has 25 years of experience in engineering and executive leadership at Dassault Systèmes, where he began his career in 1991 as a research and development software engineer. He later became Product Manager and Domain Leader for the company’s flagship brand, CATIA, and was then promoted to Vice President, Strategy and Research. Following this, he was named Vice President, Research and Development of the ENOVIA brand based in the United States, where he led the acquisition and integration of MatrixOne and subsequent ENOVIA launches. He was then moved into Vice President, Research and Development Industry Solutions, where he used his leadership to formulate and implement the Dassault Systèmes industry go-to-market approach.

Most recently, Stéphane DECLÉE was appointed Vice President, Energy, Process and Utility Industry, Dassault Systèmes, in 2012. In this role, he drove the industry’s adoption of a new digital perspective for the entire business lifecycle—from innovation to recycling—with a vision to deliver sustainable life for the 21st century using Dassault Systèmes’ 3DEXPERIENCE platform. 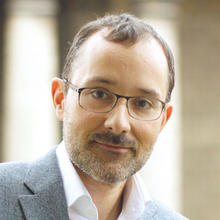 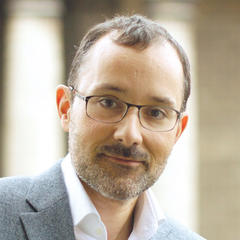 Morgan ZIMMERMANN joined EXALEAD in 2006 as Director of Strategy, Sales & Business Development. He took part to the international development of the brand in Asia, Europe and the United States and was appointed CEO in 2015. Originally, EXALEAD supported major accounts on the use of web technologies as a vehicle for transforming transactional information systems.

In 2018, Morgan ZIMMERMANN was named CEO of NETVIBES EXALEAD in order to leverage the NETVIBES ability to provide in-context insight from the market and industry into all enterprise business processes. Prior to joining EXALEAD, Morgan Zimmermann led the business development of Cril Telecom Software, a software publisher in global mobile networks. 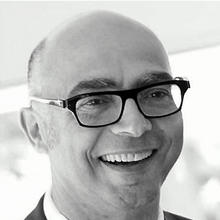 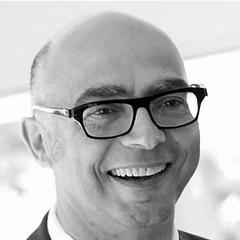 Engineer graduated from Arts & Métiers Paris Tech, Robert NARDINI began his career within Airbus in 1986. After having participated in the development of the A320 and the A340/A330 he was appointed in 1992 as Responsible for the technical support teams on the A321 final assembly line in Hamburg. In 2000 during the integration of Airbus, Robert NARDINI was promoted Vice-President, Head of Airframe Engineering activities for the French perimeter. He will hold this position until 2004 when he will become Saint Eloi plant manager, whose mission is to produce engine mats for the entire Airbus range. In 2007, the German and French fuselage engineering were brought together under his responsibility, and his mission was to successfully achieve the integration of this new organization, representing more than 2000 engineers spread over several sites.
In 2013 he was entrusted to conduct the integration of Airframe Engineering, which brings together all the structure and system installation design teams within a single Competence Center i.e more than 5000 engineers, spread over the 4 historical countries of Airbus. Finally, after leading this organization for more than 7 years, he was nominated SVP, Head of Manufacturing Engineering for Airbus Commercial Aircraft. As such he is responsible for the development of the Airbus Industrial system, and to prepare the industrial systems for future programmes.