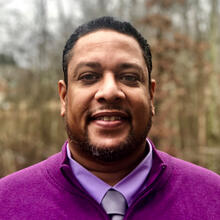 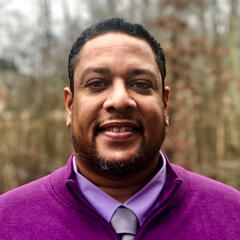 Dr. Simon XU is Engineering Group Manager for Vehicle Optimization at General Motors Technical Center in Warren, MI, and is responsible for innovations of optimization tools in vehicle architecture development.

Dr. Simon leads a team of experts focusing on optimization techniques such as parametric modeling, morphing, topology optimization, generative design, and multi-disciplinary optimization. Through his team’s effort and influence, GM’s virtual vehicle development has been continuously improved by the implementation of new tools and processes to meet the new challenges in CO2, EV architectures, advanced battery design, and electric drive technologies.

He chairs the GM Global Optimization Focus Group and approves the publications of GM corporate guidelines on optimization processes. He received Boss Kettering Award in 2013 and again in 2016, GM’s highest honor for technical achievement in innovation.

He had three US patents and 10+ numerous internal GM records of inventions. He is also a member of the Global Automotive Management Council and an organizer for optimization sessions of the Society of Automotive Engineers’ annual meeting. Simon was recently promoted to the Technical Fellow level at GM 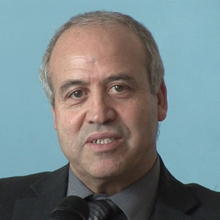 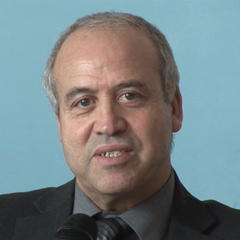 Dr. Tayeb ZEGUER holds a first honor degree in Mechanical Engineering, a master's degree in computer-aided design, and a doctor (Ph.D.) in optimization and robustness. He joined Jaguar in 1984 in the power train department. He worked as a CAE analyst in various departments using linear and non-linear codes on various components and vehicle assemblies. He specialized in multi-disciplinary optimization (MDO), safety, and advanced CAE.

Dr. Tayeb has proven ability to take CAE application to the next level, whether at the component level, subsystem assemblies, or complete vehicle. He has consistently shown leadership and vision to define a successful CAE strategy resulting in increasing accuracy, speed, and robustness within JLR. Dr. Tayeb goal now is to provide JLR with integrated, automated and design improvements methods in the use of MDO as a system engineering at a concept stage in order to carry out architecture system optimization MDO considering all attributes for characterization and target cascade from system to components using AI for speed at concept to delivery stages.

Speed, technical innovation, and the ability to execute are required to be successful to overcome the challenges in developing an efficient structural concept for future mobility and electrifications. Digital solutions are pervasive and enable aggressive vehicle development. Efficient workflows, collaboration, and real-time, data-driven decision making and Dr. Tayeb believes that the MDO is one of the major enablers that are fundamental for future simulation. The use of MDO and the use of automated processes templates will dramatically improve the quality of product design against parameters like performance, weights, cost robustness, and time to market. 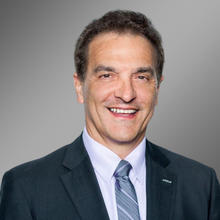 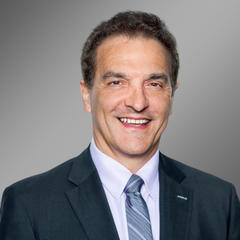 Jean BOTTI is the CEO and CTO of VoltAero SA and also the Co-Founder.

From March 2016 until March 2017 he was Chief Innovation and Strategy Officer at Philips NV. In the Netherlands.

From May 2006 to March 2016 he was Airbus Group Chief Technical Officer. BOTTI began his professional career at Renault in 1978 before joining the Chassis Engineering division of General Motors in the U.S. in 1989. Upon his return to France in 1992, BOTTI was appointed General Motors’ Director of European Engineering for chassis components. In 1997, he returned to the U.S. to take over the reins of the Delphi Corporation’s Customer Solution Center, a position he held until 2002.

From 2002 to 2004, he managed Delphi’s new corporate Dynamics, Propulsion, and Thermal Innovation Center as Chief Technical Officer. He rounded out his time at Delphi as the Business Line Executive for the Powertrain product line, before joining Airbus Group in 2006.

As of 2017, BOTTI held 31 patents and four defensive publications for the work carried out over the course of his career and was elected as a Delphi Hall of Fame fellow. He also received the General Motors President’s Council Award in 1998 and was named a fellow of the Society of Automotive Engineers (SAE).

BOTTI graduated from the National Institute of Applied Sciences (INSA) in Toulouse, France, in 1986, with a degree in mechanical engineering. He pursued further studies in the U.S., where he earned an MBA from Central Michigan University and a degree in Research and Development Management from the Massachusetts Institute of Technology (MIT), both in 1991. In addition, he was awarded a Ph.D. in mechanical engineering from the National Conservatory of Arts and Trades (CNAM) Paris in 1995, in collaboration with the University of Michigan. BOTTI was awarded honorary degrees from Bath University and Cardiff University in 2010 and 2012 respectively, both in the U.K., as well as from the U.S University of South Alabama in 2014.

During his time with Airbus Group, he pushed the Group forward on the path of innovation in various areas and through many initiatives. BOTTI’s perhaps best-known initiative, the E-Fan all-electric aircraft, is a pioneering project for which he has received many international awards – including the prestigious “Pro Pilot Award” for the “Best Aviation Technical Development of the Year 2015” at the 13th Annual Living Legends of Aviation Awards in Los Angeles.

BOTTI has been involved with a number of research organizations. Since 2014, he has been serving as a Senator of the Acatech German Academy of Science and Engineering, advising the institution on strategic matters. In 2013, BOTTI joined the French National Air and Space Academy. He became a member of the National Academy of Technologies of France in 2011, where he provided important insights into new technologies – in particular to the Energy Committee – and was an active contributor to Academy reports promoting technology in training programs.

BOTTI also served with the European Research Area Board (ERAB) as the representative for aeronautics and space. In addition, he served as a member of the Federation of German Industries (BDI) Technical Committee.

He received in 2016 the Medal of Honor from the French Civil Aviation Organization (DGAC). He is a recipient of the French Legion d’Honneur (Chevalier). 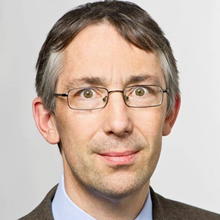 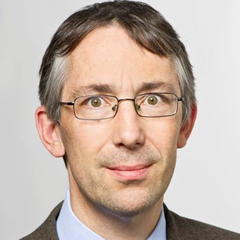 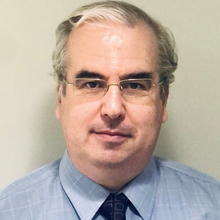 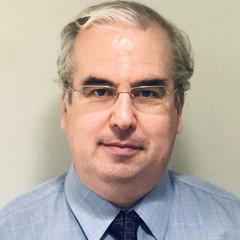 Dr. OLIVARES is the Director for Crashworthiness and the AVET Laboratories at the National Institute for Aviation Research. He has over twenty-five years of experience in the field of structural Crashworthiness and Injury Biomechanics in the aerospace and automotive industries.

For the last sixteen years, Dr. OLIVARES has been the principal investigator on multiple FAA, Industry, and DoD sponsored research projects in the field of virtual engineering, aerospace crashworthiness, and certification by analysis methods.